On Sunday our bizarre prime minister announced some incoherent changes to ‘lockdown’ here in England (the other countries of the UK remain unchanged). Nobody knew what they meant apart from the need to ‘stay alert’. But it seemed that the motorcycle press and some usually cautious biking vloggers interpreted the change as permission to get back on our bikes.

I hadn’t ridden my bike since the beginning of February when, luckily (that word is an understatement) I brought it down from its (then) cold and power socket-less garage in Cambridge to stay in London for the few weeks that I was away in Australia, with the plan to ride it back up soon after getting home.

So, today I took an intrepid ride around my part of London and over a couple of bridges – Tower Bridge and Blackfriars, both of which look beautiful from a distance but rather pedestrian, so to speak, when you are going across them. I wanted to make sure the bike was still working and that I hadn’t forgotten how to drive it. Of course I got lost on the way to Tower Bridge as the GPX track shows only too well. The ride was only 6 1/2 miles and much of it was spent at traffic lights but it felt good, of course, to be riding in the sunshine in marginally quiet London traffic. I will take a longer ride in a couple of weeks and get away from the capital.

One day I must add up all of the penalty notices that I’ve got after travelling through, usually London, but other places too. So about 10 days after this trip I got a fine for being somewhere where motor vehicles are not allowed, spotted by yet another automatic camera. I thought I’d check it before shelling out because I had both the timed GPX track and my video of the entire journey so I could go back to the exact spot that the letter identifies. And yes, they were right, at the time they said this was where I was going (just by the Bank of England), blissfully ignorant of the restriction. I think its because I very rarely drive around the city and am more usually on a bicycle where you can go anywhere.

This is the beginning of the sixth week of having to stay in the house, though for me its week 7 as I made the decision not to go to work a week before the government made it compulsory. The graphs of new deaths show the nation past a peak that occurred in around the 2nd or 3rd week of April. New cases seem to be levelling though what that means is uncertain given the low level of testing. It seems that the NHS was not overwhelmed and, overall, coped admirably, though first person stories from some of our staff who still do shifts in intensive care made it clear that some London hospitals were under heavier pressure than others, with one nurse to six ventilated patients in one unit. The newly built Nightingale Hospital at the Excel Centre, familiar to me only because of motorcycle shows, is getting ready to close and only had a few dozen patients – it was prepared for upto 4000 I remember.

So there is a sense that the worst of the clinical crisis has been averted. But the economic effects will be much more long-lasting. I heard on the radio today that the government are currently paying the wages of a quarter of the workforce. Now the problem is how to move out of this lockdown toward more economic activity. Even our local Borough Market faces that problem in microcosm. This Saturday noticeably more stalls were open, more of the ‘non-essential’ delis and artisan stalls. What’s not there are the prepared food stalls nor the hundreds of tourists. So, the market seems like an old-fashioned place where you go to find fresh produce once again. But how will they reintroduce the street food type stalls and will enough people want to buy from them to make it worth their while? And will more people make the whole market crowded and unsafe? On Saturday there was a slightly less nervous atmosphere down there – and on the streets, in fact in the afternoon at about 4.30 I walked down to Leyland on Southwark Street and as I queued outside to get in, it seems that this could be any sunny weekend afternoon, with people walking up and down and driving as usual. The Leyland worker organising the queue told me, while I waited, about his woeful experience of getting the virus, along with his wife. They both sounded very ill from his description and stuck for 5 weeks in a flat with only a balcony for fresh air. He told me that the characteristic total loss of taste was, for him, a ‘result’ because, he said, his wife’s cooking is terrible.

I think that there are more people now on the streets. Today there was a long queue to get into Tesco on Tooley Street, now my go to store for groceries and gin. The self checkouts are too small for the large shops that I and most people seem to be doing so you end up calling over the assistant to rescue you from till malfunction about 4 or 5 times before being able to pay. When I get home with the shopping, I spread it out on the garden bench and spray everything with disinfectant and wipe it down before washing my hands and putting everything away. It is tedious but could well be necessary.

Work continues on line but it seems to take longer to do anything though it is amazing to be in work and getting paid when so many people are not.

At the weekend, after trying to cook one more time on our old wok with the surface bubbled and peeling off, we bought a shiny new one which was delivered just as we were starting to cook dinner today. I say delivered, what I mean is discovered outside in the porch left some time during the day. We cooked some tasty tofu in harissa with a salad, partly from the garden, and rice from the trusty rice cooker. Eating during lockdown has become a prominent pleasure, as it has I think for many people.

Also delivered today was a lens from Ebay for using with the slide copier, also on order (another lockdown project is copying a hundred or so old family Kodachromes). Amazingly it can focus down to a couple of inches away from the front of the lens. 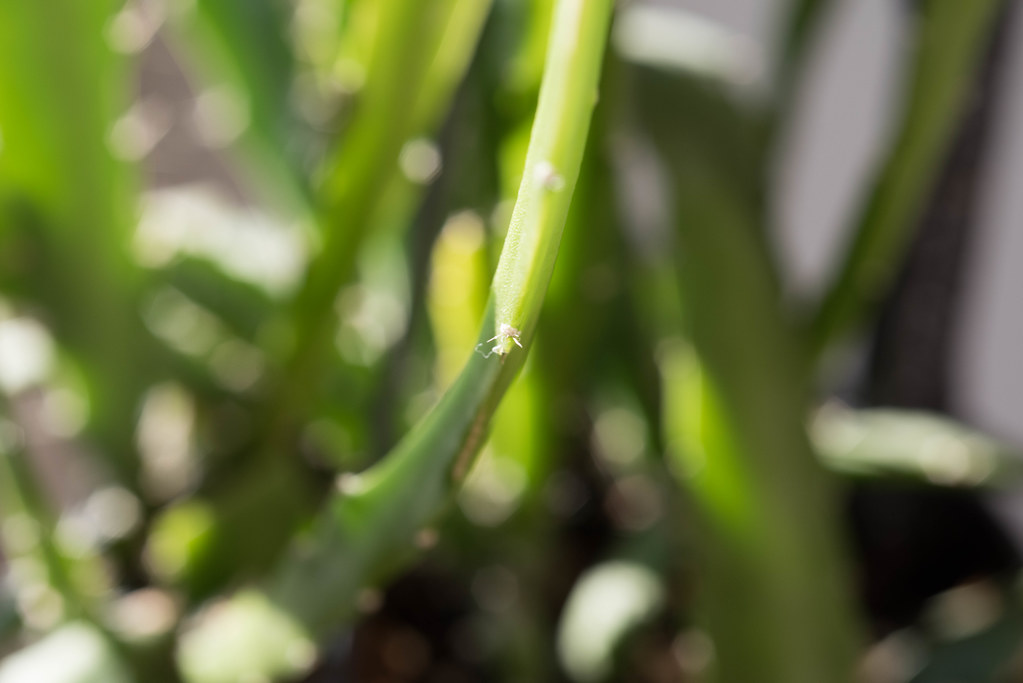 Building work continues on the former Vinopolis site. After many months of groundwork the structure of the buildings is emerging fast. The continual noise is reassuring of economic activity continuing.

Planning a route in advance for successful motorcycle travel is always unfinished business – but crucial if you want to avoid ending up on mind-numbing motorways to get to a destination. Some clever marketing has brought a route planning website, MyRouteApp.com to my attention a number of times recently. And, by coincidence, I have spent a few evenings replacing very many links to the defunct Everytrail in my travel website with links to the company that took over from Everytrail – one by one – which is laborious. So I am looking for a site to not only plan and store my dreams, plans and travels but a stable site that I can link to in future accounts of those travels.
As an experiment I chose a journey that I am likely to take some day (when we are allowed out again) from my home to Harwich Quay. I tried planning the route in a few different applications. Google maps allows some flexibility in putting the route down in its map but doesn’t seem to allow export to a GPS – perhaps there is some plug in but I can’t find it. MyRouteApp has a range of avoidances and it does allow export direct to the GPS.

Alltrails (free account) doesn’t seem to allow options when setting a route e.g. avoiding motorways: also its not clear that its possible to export a route as a GPX to a device. Its great for archiving and linking to existing routes I’ve taken though, and placing the links in a blog.

Garmin Basecamp: this application is much criticised and its not clear at all how it is calculating the route. In Google Maps and MyRouteApp I could avoid motorways but I’m not sure how to do it in Basecamp. It could well be my ignorance, but in this case I have the feeling that it isn’t. Export to the Garmin GPS from Basecamp is easy which is not surprising as its a Garmin product. Planning a route between two locations has always been a bit hit and miss to me in Basecamp.

Conclusions: I am slightly surprised but with even a very quick comparison at planning the same route, it does seem that MyRouteApp does do all that’s needed: easy planning from one location to another (you just type in the address!), to include avoidances and to upload/export the result to a GPS device – and it lets you swap from a number of different maps (Open Street Map, Google, the HERE map used by Garmin and the mapping used by TomTom) which is very clever. None of the others seem to do all of these quite so easily. AND it has a ’share’ and ‘embed’ option for putting the maps of where I’ve been into my blogs.  I’ve yet to try this.

Day 2: Now I’m trying planning some longer routes – Hook of Holland to Lviv in Ukraine (about 1000miles) and Lviv to Almaty in Kazakhstan which is about 3000 miles – journeys that fit into the ‘dream’ rather than ‘plan’ category at the moment but that may migrate – who knows? MyRouteApp did both well see here for the second journey:

But what I don’t (didn’t when I first wrote it) know how to do is export the route intact to the GPS. The program works well to find the device and export it but it ends up as just a straight line on the device. Maybe its just a matter of adding lots of waypoints (which the programme allows you to do very easily) – and I think this is my ignorance not a weakness of the program. I need to sort this before forking out on paying the subscription, but I think I will go for it. Its my commitment to riding somewhere.  (An hour or so later…) I just paid 29 Euros so now am a member. Its the kind of company that you are really happy to support. And its a snip really.  Here is a webinar (they have really invested in instruction videos for this application which is impressive – its clearly a small outfit) how to export to Garmin  – and to avoid straight lines! https://www.myrouteapp.com/en/webinar/view?video=60&auth=lKIQ8R9U

TO EXPORT FROM MYROUTE.APP TO GARMIN: Open Apps on the Garmin – go to Tracks – select imported track Show on Map – check. Then select CONVERT TO TRIP (it will calculate).  Then open the trip (it will calculate again but quicker). I need to pin this instruction on my computer monitor.

The only thing is – nobody is going anywhere at the moment with Covid-19 lockdown and an uncertain summer ahead.